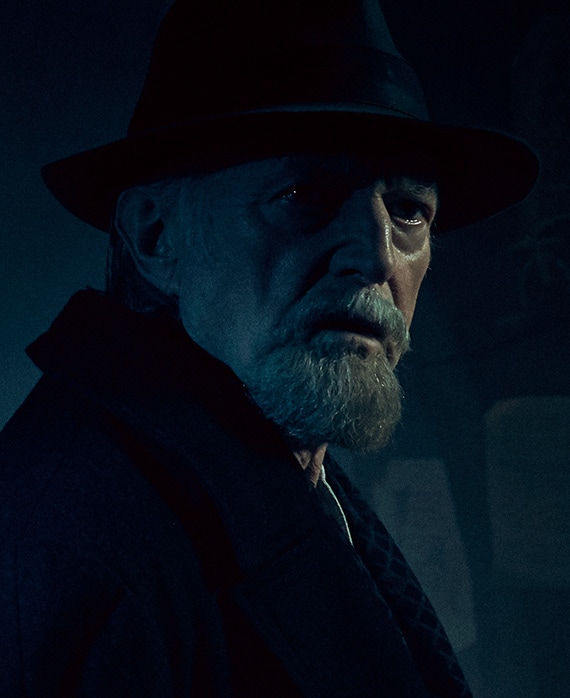 David Bradley stars as “Abraham Setrakian,” a Holocaust survivor with an iron will and a hair-trigger temper who has been hunting the Master for decades.

Devastated by the Master's escape, Setrakian is bolstered by his belief that the "Face of God" is a nuclear weapon – his answer to the Occido Lumen's prediction. But time is of the essence, and after the pawnbroker is caught in his off-the-grid hideout, he's faced with a critical choice: hold onto the prophecy or abandon all hope.

David Bradley is best known for playing “Argus Filch” in the Harry Potter films as well as for his roles in The World's End, Captain America: The First Avenger, Hot Fuzz and Mike Leigh’s Another Year.

His notable television credits include Game of Thrones; Medici: Masters of Florence; Broadchurch, for which he won the BAFTA Award for Best Supporting Actor in 2013; An Adventure in Space and Time and Doctor Who.

Bradley is also an acclaimed stage actor with a career that includes several Laurence Olivier Award nominations for roles in No Man's Land; Henry IV, Part 1; Henry IV, Part 2 and a Best Actor in a Supporting Role win for King Lear. Bradley received the 1993 Clarence Derwent Award for Best Supporting Actor for the role of “Polonius” in Hamlet and “Shallow” in Henry IV, Part 2.