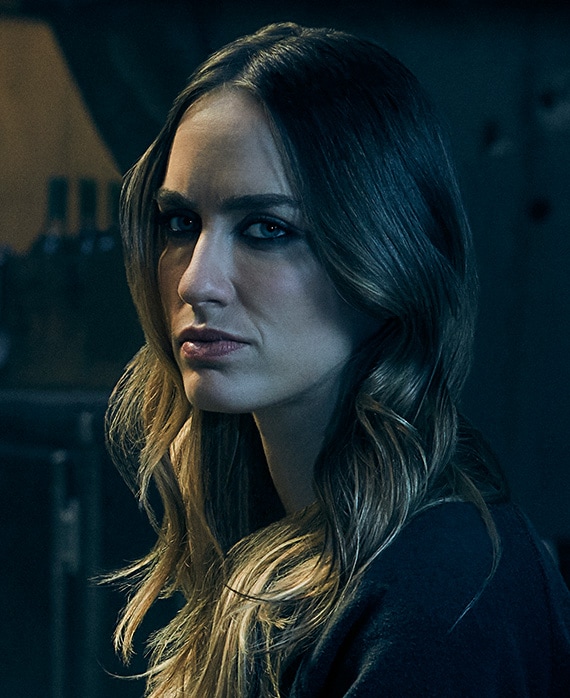 Ruta Gedmintas stars as “Dutch Velders.” Dutch sees first-hand the horrors of the new world when she's swept up in a Partnership raid and imprisoned. Her preferable blood type offers her a chance to survive in captivity, but only if she's willing to participate in the Partnership's sinister reproductive program.

Gedmintas was most recently seen in Roger Spottiswoode’s film A Street Cat Named Bob, based on the internationally best-selling book by James Bowen and Garry Jenkins.

In addition to her role in The Strain, Gedmintas has played "Frankie Alan" in BBC Three’s seductive relationship drama Lip Service, created by Harriet Braun. The show ran for two seasons, and centered on the lives of a group of twenty-something lesbians living in Glasgow. Gedmintas was also featured in the Showtime historical drama The Borgias as noblewoman "Ursula Bonadeo" alongside Jeremy Irons, François Arnaud and Holliday Grainger, and in the Golden Globe®-nominated BBC series The Tudors with Jonathan Rhys Meyers and Henry Cavill.

On stage, Gedmintas has been David Leveaux's leading lady in the London West End production of Backbeat in the role of “Astrid Kirchherr,” and most recently she played "Tara" in Unfaithful opposite Matthew Lewis.