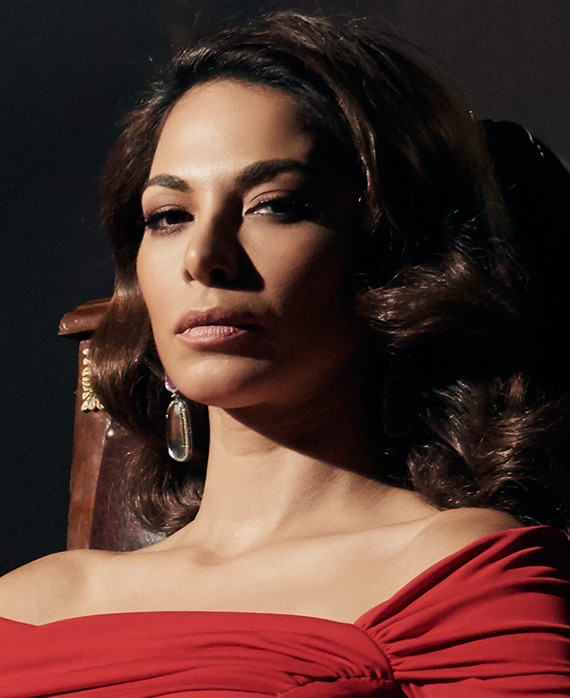 Moran Atias plays “Leila Al-Fayeed,” who is Jamal’s stunning wife with a laser sharp intellect and her own strong ideas about how Abuddin should be ruled. As the first lady, Leila planned to modernize Abuddin and introduce it to the world stage. But Jamal’s assassination attempt and the changes taking place in Abuddin have put her on the wrong side of the political coin. How will she continue to maintain her power position now that she is no longer in a position of power?

For her work on Tyrant, Variety called Atias “an international star you should know.” Bustle declared her “their new girl crush.” Atias recently appeared in the Paul Haggis directed feature project, Third Person. Her transformation to an Albanian gypsy and her portrayal of “Monica” garnered her worldwide attention. The Los Angeles Times said Atias “can make any man rob a bank for her.” Prior to Third Person, Atias appeared in The Next Three Days opposite Russell Crowe and Liam Neeson. Within a few short months of arriving in Los Angeles, Atias secured the dynamic role of “Inez” in the acclaimed drama series Crash, based on the Oscar®-winning film. After one season, she became the female lead opposite the legendary Dennis Hopper. Atias also secured arcs on popular TV shows including: Rules of Engagement, CSI: NY, CSI: Miami and White Collar.

Outside of her work in television and film, Atias is a philanthropist, having received the Humanitarian Award from the LA Femme Film festival for her work in Haiti evacuating 29 patients, and helping raise money to build the first High School in Haiti for Artists for Peace and Justice. Atias was also honored with the Best Actress of the year award in the Ischia Film Festival and has been honored on the Belgium Walk of Fame.