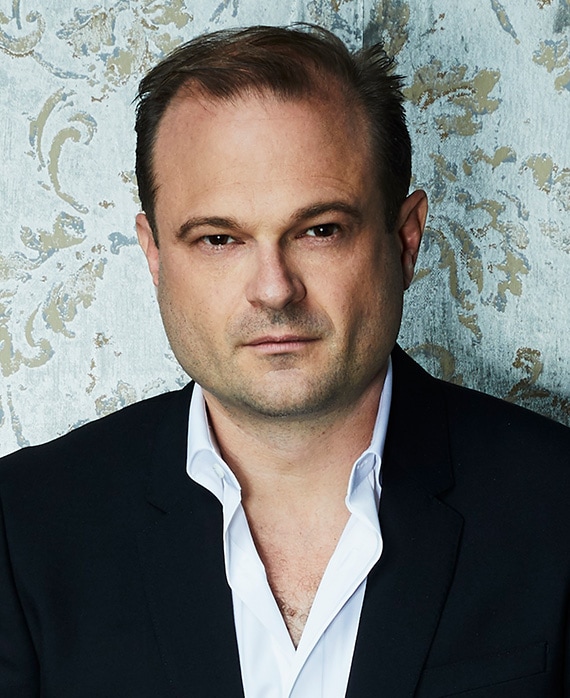 Simpson is also executive producer of Pose, which was nominated for Best Dramatic Series at the 2019 Emmy Awards, the 2019 Golden Globes and the 2019 Critics’ Choice Awards, and was awarded a 2019 AFI Award and a 2019 Peabody Award. He is also the executive producer of the upcoming FX series, Y: The Last Man, an adaptation of Bryan K. Vaughan’s fabled graphic novel series.

In 2018, Simpson produced the hit film Crazy Rich Asians, which became a cultural phenomenon. It opened at number one at the U.S. Box Office, went on to gross over $230 million worldwide, won the 2019 Critics’ Choice Award for Best Comedy and was nominated for a 2019 Golden Globe Award and a 2019 PGA Award. Most recently, he produced Joe Robert Cole’s directorial debut, All Day and a Night, for Netflix. Other feature credits include 2019’s The Goldfinch, starring Nicole Kidman, based on the critically acclaimed novel by Donna Tartt, and 2018’s Ben is Back with Julia Roberts, which premiered at the Toronto Film Festival to critical acclaim. Along with Jacobson, Simpson also produced the hit Diary of a Wimpy Kid franchise. He will next produce The Ballad of Songbirds and Snakes along with Jacobson, based on the fourth book in Suzanne Collins’ The Hunger Games series.

Prior to joining Color Force, Simpson was a producer at legendary New York indie production company Killer Films, and President of Leonardo DiCaprio’s Appian Way. He was executive producer on World War Z starring Brad Pitt, which grossed over $540 million worldwide. Simpson co-produced the multiple Academy Award®-nominated film Far from Heaven, served as associate producer on the Academy Award-winner Boys Don’t Cry, produced Party Monster, served as co-producer on Home at the End of the World and associate producer on Camp. As an executive, Simpson was involved with such classic independent films as Velvet Goldmine, Hedwig and the Angry Inch, Happiness and One Hour Photo.