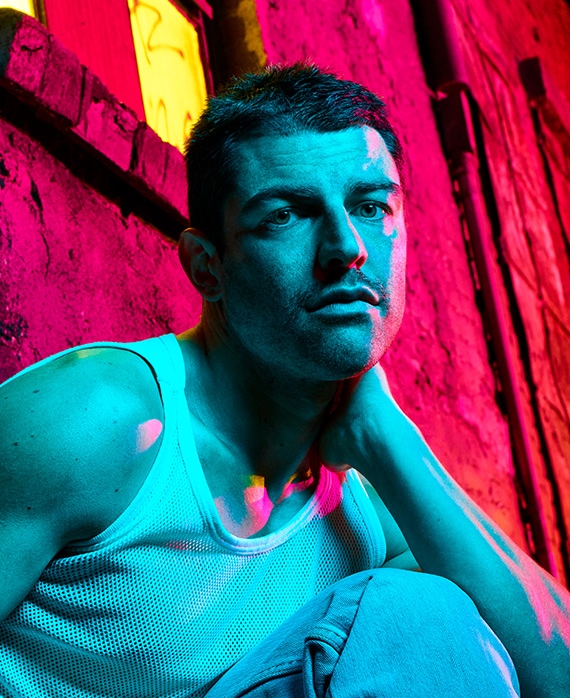 Born and raised in New York, Max Greenfield is best known for starring as the lead role of “Schmidt” in the FOX sitcom, New Girl, opposite Zooey Deschanel. He was recently seen in in the Lionsgate feature The Glass Castle alongside Brie Larson. Lately, he starred in the independent feature Steve’s Umbrella, directed by Michelle Schumacher, as well as the Netflix feature A Futile and Stupid Gesture, directed by David Wain. Greenfield can also be seen in a cameo role in The Big Short directed by Adam McKay, as well as in the independent film Hello, My Name Is Doris alongside Sally Field. He starred in both Warner Bros. features Veronica Mars and the independent feature About Alex written and directed by Jesse Zwick.

In 2006 he was cast as a lead in The WB series Modern Men and had recurring roles as “Leo D’Amato”on Veronica Mars, “Nick Pepper” on Ugly Betty and “Michael” on Greek. Other recent television credits include Raising the Bar, Castle, Lie to Me, No Ordinary Family, Hot in Cleveland, and Happy Endings.

Greenfield’s film credits include the indie coming-of-age film Cross Bronx, which won awards at the Tribeca Film Festival, as well as the Cinevegas and Urban World festivals; and When Do We Eat, in which he played a young dot.com tycoon who loses everything and becomes a Hasidic Jew.

He also has a passion for producing, which led him to create and star in the DIRECTV Channel 101 series The Gentleman’s League, which follows himself and friend, Jerry Ferrara, in their real life fantasy football league.