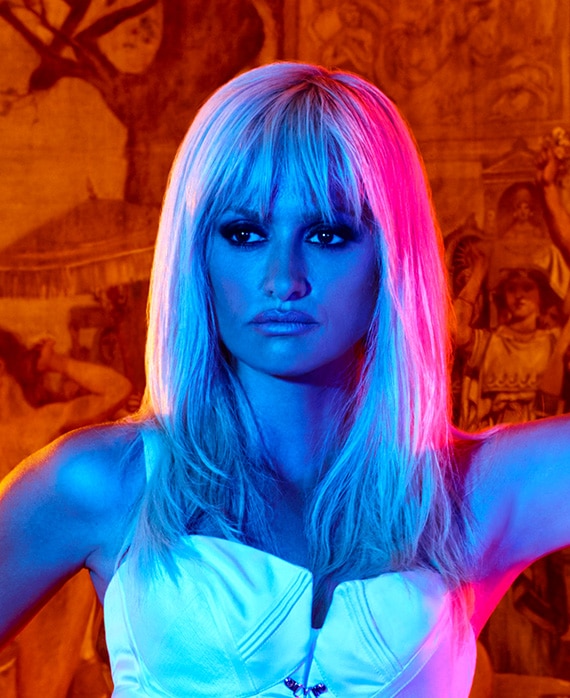 Academy Award® winner Penélope Cruz is one of the most versatile and accomplished actresses today, and was the first actress from Spain to be nominated and win an Academy Award.

Cruz gained her start in the Spanish films Jamon, Jamon and Belle Epoque. She then followed that with her first English language film, Hi-Lo Country, and the rest is history. Cruz has appeared in numerous films, and her impressive career is quite extensive. Her film appearances include the following: All the Pretty Horses, Blow, Captain Corelli’s Mandolin, Vanilla Sky, Gothika, Head in the Clouds, Noel, Chromophobia, Sahara, Woman on Top, Open Your Eyes, Twice Upon a Yesterday, Talk of Angels, Live Flesh, Masked & Anonymous, Fan Fan la Tulipe, Don’t Tempt Me, All About My Mother, Don’t Move (Non ti Muovere), The Girl of Your Dreams, Volver, Elegy, Vicky Cristina Barcelona, Broken Embraces, Nine, Pirates of the Caribbean: On Stranger Tides, To Rome with Love, The Counselor, Twice Born, Don’t Move, Zoolander 2, The Brothers Grimsby, Ma Ma, The Queen of Spain and Escobar.

Cruz has received numerous awards and nominations for her work, including the Best Actress award at the 13th Annual Goya Awards for her role in The Girl of Your Dreams. The Best Actress awards at the European Film Awards, the Spanish Goya Awards, the Cannes Film Festival, and received both Golden Globe® and Oscar® nominations for her role as “Raimunda” in Volver. Cruz also won an Oscar, a BAFTA, an NYFCC, and an NBR Award for Best Supporting Actress for her performance in Vicky Cristina Barcelona, and her portrayal of “Carla” in Nine garnered SAG®, Golden Globe and Oscar nominations. Her work in The Queen of Spain earned Cruz her ninth Spanish Goya Award nomination.

Cruz most recently starred in 20th Century Fox’s Murder on the Orient Express.