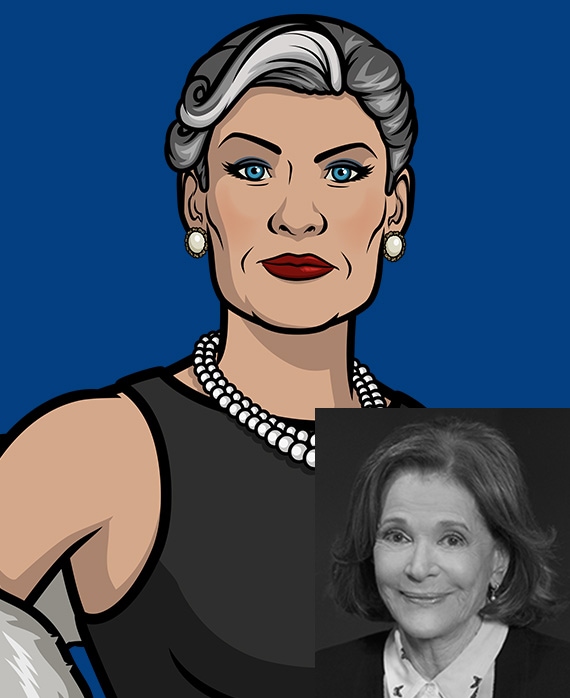 One would think that the world owes Malory Archer, The Agency’s matriarch, a huge pile of money for saving the world from nuclear annihilation. However, Malory, voiced by Jessica Walter, is struggling just to keep the lights on due to recent financial setbacks. Now, Malory has to raise capital in order for her mom and pop agency to compete with IIA, the big-box retailer of the spy world.

An Emmy® Award-winning (five-time nominee) and Golden Globe® nominated actress, Walter is best known as martini-fueled matriarch “Lucille Bluth” on the critically acclaimed comedy series Arrested Development. Lucille Bluth has become one of television’s all-time favorite characters known for her snarky one-liners, searing side-eye and unconventional approach to parenting. The role earned Walter numerous accolades including an Emmy nomination for Outstanding Supporting Actress in a Comedy Series. In addition to Arrested Development, she is the voice of “Malory Archer” on FXX's animated series, Archer, which earned her an Emmy nomination for Outstanding Voice-Over Performance.”

On the film side, Walter starred in Clint Eastwood’s Play Misty For Me (Golden Globe nomination, Best Actress in a Motion Picture), Grand Prix (Golden Globe nomination, Most Promising Newcomer), The Group, Slums of Beverly Hills, Lilith and The Flamingo Kid. Her most recent films include Undercover Grandpa and the 2017 Tribeca Film Festival Best Narrative Feature, Keep the Change.