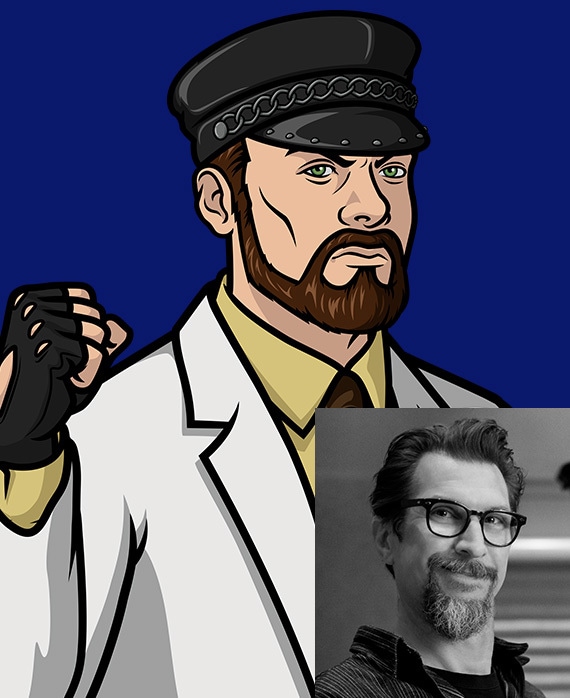 Algernop Krieger, voiced by Lucky Yates, is the mastermind behind The Agency’s amazing tech. He is constantly adding gadgets to Archer’s tacti-cane and fighting for his Dark Science budget. What’s Dark Science? It’s like regular science…only darker!

Born and raised by wolf-people in Detroit, Michigan, Yates graduated with a fancy-sounding Bachelor of Fine Arts degree from Wayne State University, the Motor City’s finest acting academy and corpse storage facility (it’s true, look it up!). After working in New York City for the early part of the 1990s, Yates headed to Atlanta, Georgia, where traffic is king. It was there that he discovered his love for two things: puppetry, thanks to the world-famous Center for Puppetry Arts, and improv comedy, thanks to the world infamous Dad’s Garage Theatre Company.

Using the relatively meaningless skills that he learned from all of these fine institutions, Yates has found a slight modicum of success in theater, television and film. He played some grouches in the film The Adventures of Elmo in Grouchland, portrayed a zillion and one characters (including “The Dungeon Master”) in Good Eats hosted by Alton Brown, appeared in several shows on Adult Swim and even introduced high-brow films for FilmStruck (RIP). And then there’s Archer. Playing “Krieger” (and “Crackers”) is literally his dream come true.