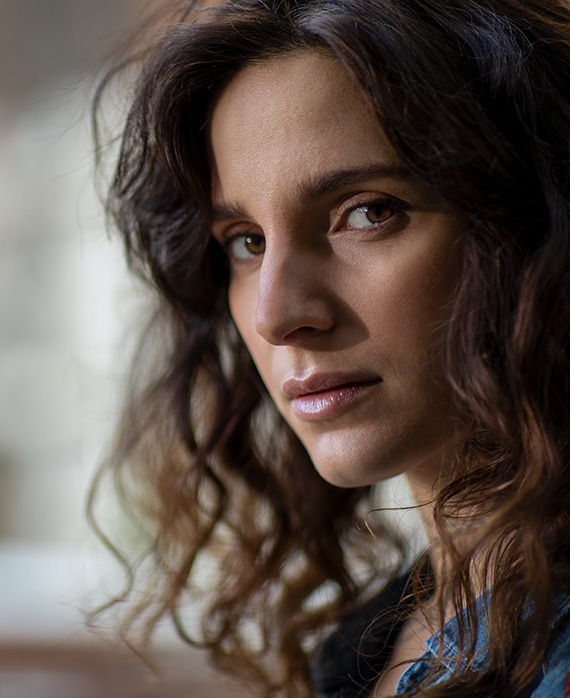 Carla Baratta stars as “Adelita,” who faces the consequences of her revolutionary actions. Stripped of her humanity and her child, she fights to rekindle her warrior within her in order to exact revenge on those who’ve betrayed her.

Venezuelan artist Baratta is known for the powerful, multidimensional female characters she brings to life on screen. In 2018, she made her U.S. television debut starring on FX’s drama series Mayans M.C. playing “Adelita,” the leader of Los Olvidados and protector of children who have been orphaned by cartel violence.

Additional credits include the lead role in the series Prueba de Fe (Proof of Faith) in which she played the young Mother Teresa and communicated throughout the series in sign language. Baratta also starred in the pilot Sol (Sun) for Venevision network, Escándalos (Scandals) and the short La Empanada Perfecta (The Perfect Empanada).

Born and raised in Venezuela to first-generation Italians, Baratta fell in love with acting at just 11 years old participating in her local community theater group. While she juggled her schoolwork and theater productions, Baratta also continued to practice her love for painting, a passion project that would eventually lead her to sell her artwork worldwide. At 17, she had the opportunity to participate in the New York Film Academy - Los Angeles. As the summer came to an end, Baratta returned to Venezuela to study architecture before she decided to pursue a full-time career in acting. She eventually booked her first role as the lead in an international web series entitled Bleep, broadcast by the mobile phone company Digital GSM in Venezuela, which she filmed during her summer vacation from school.

Before making the move to Los Angeles, Baratta lived and worked as an architect and painter in Barcelona, Malaysia and Caracas. She continues to work as an artist, her paintings often depicting people from all walks of life. Her art is currently displayed in various locations in Los Angeles and abroad in Venezuela.