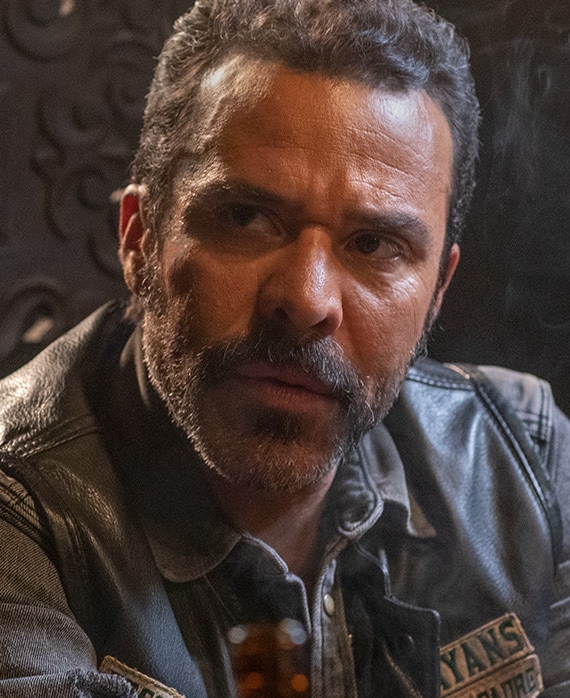 Michael Irby stars as “Obispo ‘Bishop’ Losa,” the President of Mayans M.C. Santo Padre Charter. Bishop grapples with dark events from his past, while navigating an internal power struggle that threatens to take down the entire charter.

Irby is an American actor and producer of African American and Mexican-American descent. As a youth, his soccer skills took him to Europe to play with Team USA. He then went on to study acting in New York City.

Irby captured audiences with his scene stealing portrayals of “Cristobal Sifuentes” in the critically acclaimed and Emmy®-nominated HBO comedy Barry and as “Charles Grey” in The Unit. Some of his additional television credits include CBS’ SEAL Team, True Detective, Almost Human, Line of Fire, Haunted and, most recently, The Expanse for Amazon Prime Video.

Additionally, Irby produced the award-winning short film Waiting for You. Written and directed by Susan Matus, the film was the Official Selection of Cannes-Short Film Corner, IFFWC Berlin, Dances with Films, California Women's Film Festival and the Los Angeles Independent Film Festival, to name a few.

He currently resides in Los Angeles, CA with his spouse, Susan Matus, and their son. His passions are cooking, guitar, camping, fishing, soccer, boxing and making the world a better place.