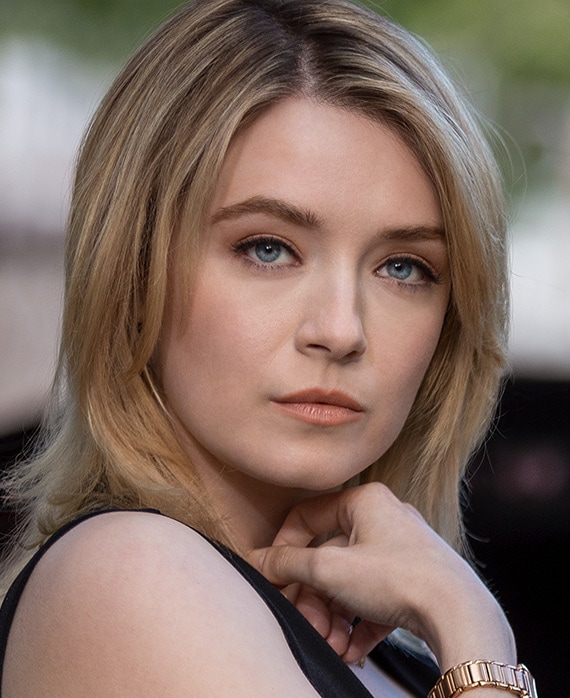 Sarah Bolger stars as “Emily Thomas,” the beautiful “guera” next door and childhood sweetheart of EZ. After her project to restore Santo Padre fails, Emily finds herself a pariah in the community she once tried to help.

Hailing from Ireland, Bolger appeared on Starz’s Counterpart and starred as a series regular on AMC’s Into the Badlands. In film, she starred as the female lead opposite Logan Lerman and John Hawkes in Elfar Adalsteins’ End of Sentence and Abner Pastoll’s critically acclaimed A Good Woman is Hard to Find. Next, she stars alongside Aya Cash and William Jackson Harper in the independent comedy We Broke Up.

Previously, Bolger starred in Conor McDermottroe’s Halal Daddy opposite Colm Meaney and Art Malik; My All-American opposite Aaron Eckhart and Finn Wittrock; Michael Thelin’s independent feature Emelie, which made its debut at the 2015 Tribeca Film Festival and Relativity’s thriller The Lazarus Effect alongside Olivia Wilde, Evan Peters and Mark Duplass.

Bolger first made her memorable and award-winning debut at the age of 11 in Jim Sheridan’s In America for Fox Searchlight. Since then, Bolger has top-lined Mark Water and Paramount’s The Spiderwick Chronicles, Mary Harron and IFC’s The Moth Diaries and Max Mayer’s As Cool As I Am, opposite James Marsden and Claire Danes. In television, Bolger played pivotal roles such as “Princess ‘Bloody’ Mary” in Showtime’s Golden Globe® nominated and IFTA winning The Tutors and as the sleeping beauty “Aurora” in ABC’s Once Upon A Time.