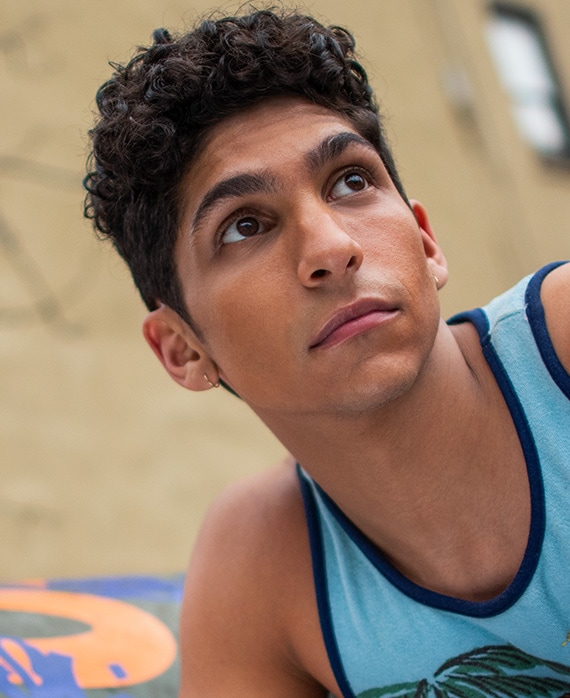 "Lil Papi Evangelista" is portrayed by Angel Bismark Curiel. Having left the drug trade behind, Blanca’s loyal son and Angel’s ride-or-die continues to hustle as a model manager for the Ford Agency. As his fiancée wrestles with her inner demons, a friend from the past throws a wrench in his happily ever after.

Raised in Liberty City, Miami, Curiel is an Afro-Dominican American actor. Curiel rose to prominence with his portrayal of “Lil Papi” in the Emmy®-nominated FX series Pose. His feature credits include Night Comes On and Monsters and Men. Curiel also appeared in the 2020 drama Critical Thinking. This feature allowed him to realize a lifetime goal – working with John Leguizamo, the film’s director and his childhood hero.