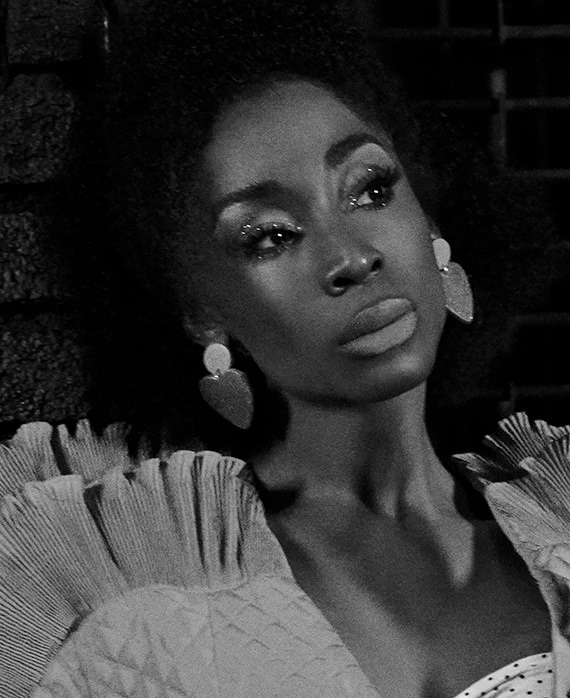 With a quick wit and a fierce temper, "Candy Ferocity," played by Angelica Ross, is the brash co-Mother of the House of Ferocity. Despite her fearlessness, she is sensitive about her appearance.

From the board room to film and television sets and even the Obama White House, Angelica Ross is a leading figure of success and strength in the movement for transgender and racial equality.

Since studying theater at Florida Atlantic University, Ross has been featured in film, television, and live theater. Her starring role in the Emmy Award®-nominated short form series “Her Story,” received Special Recognition at the GLAAD Media Awards, and her segment on The Daily Show with Trevor Noah was also honored with a GLAAD Award for Outstanding Talk Show Episode. Ross is also working behind the camera, executive producing and starring in the short film “Missed Connections,” which went on to be an official selection at Outfest 2017, the La Femme International Film festival 2017 and at the Baltimore International Black Film Festival 2017.

A modern-day renaissance woman, Ross is the President of Miss Ross, Inc. and founder of TransTech Social Enterprises, a program that helps people lift themselves out of poverty through technical training, digital work creating a social impact and bringing economic empowerment to marginalized communities. Ross has been named as one of the top 10 LGBT+ executives by the Financial Times for her work to drive LGBT+ inclusion and was awarded “1st Foot Soldier of the Year” by Melissa Harris Perry in 2015. Dedicated to empowering trans, lesbian, gay, bisexual, queer people and allies with practical, career-ready skills, she has toured the country speaking to deliver her message to business leaders, universities, the Embassy of Uruguay and even the 44th President of the United States, Barack Obama.

The Wisconsin native brings the same strength and heart to her brand-new podcast “Like A Butterfly,” a prequel to her forthcoming book Like A Butterfly: Leaving the Cocoon, a memoir about her experience growing up as a trans woman, which touches on sensitive and deeply personal subjects. Her goal in sharing her story is to help guide the transgender community and their family members, friends, lovers, and anyone that recognizes that our society has been changed and everyone must change along with it. New episodes of the podcast will be released on the 15th of every month, with a follow up Q&A episode released at the end of the month available on the Anchor App.

Ross continues to engage leaders both at home and abroad, teaching, entertaining and consulting for organizational change that creates space for the rich experiences of trans people and people of color to speak, share their value, and create lasting success. She is also a celebrity ambassador to the 50th Anniversary Stonewall celebration, which will celebrate in June 2019 during Pride.

A devout Buddhist, Ross walks with compassion and believes that all people have worth — it is only a matter of helping each person find it for themselves.