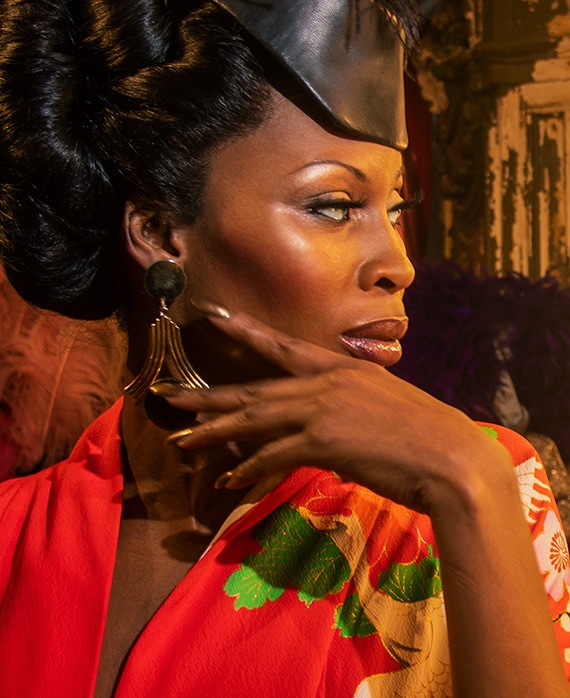 Dominique Jackson portrays "Elektra Abundance Evangelista," Blanca’s shrewd former house mother and ballroom icon. Elektra has a rude awakening at Hellfire that forces her to embark on a brand-new enterprise that helps her achieve independence and her grandest dreams, for herself and the people she loves.

Jackson is a model, actress and author who is best known for her performance as "Elektra" in FX’s Pose. She can also be seen in an arc on American Gods for Starz, as well as in the feature film Chick Fight opposite Malin Akerman, Bella Thorne, Fortune Feimster, Alec Baldwin and others. Jackson can also be seen as a guest host on Legendary for HBO Max. She released her autobiography The Transexual From Tobago in 2014 and was also seen on the reality TV model/fashion show Strut for Oxygen.
See All Shows