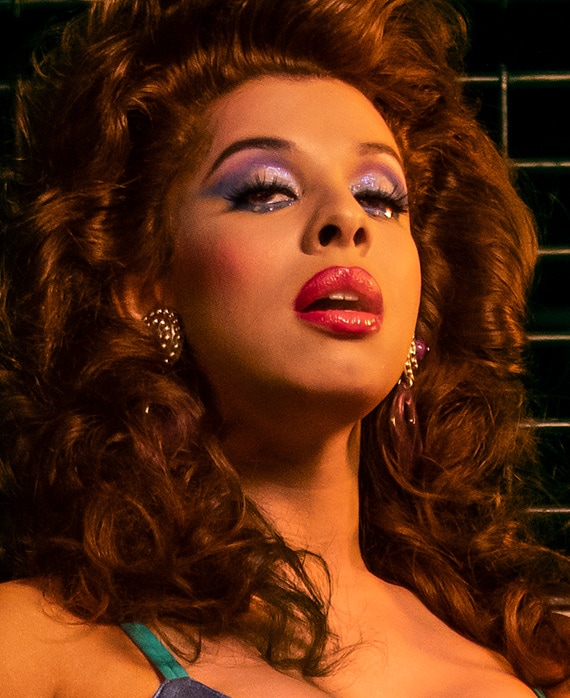 "Lulu Ferocity," portrayed by Hailie Sahar, is the former mother of the House of Ferocity who finds solace and sisterhood with Angel in Candy’s absence. Despite her even-tempered demeanor, Lulu is burdened with grief that pushes her toward unhealthy habits and romantic relationships.

A native to Los Angeles, Sahar started her career at an early age as a SparKid dancer for the WNBA Sparks. Sahar’s film debut was in the 2011 musical Leave It on the Floor. Soon after, she co-starred alongside Jeffrey Tambor as “Adriana” in the third season of Amazon’s Transparent. She appeared in USA’s Mr. Robot and starred in the Off-Broadway production of Charm, which opened at New York City’s MCC Theater in fall 2017. Sahar can currently be seen on the hit Freeform series Good Trouble.

Sahar performed a live duet with Betty Cantrell (Miss America 2016) at the 2016 TransNation Film Festival. Her first music video for her song “California Dreams” was released in January 2017.

Sahar has overcome many challenges presented to her as a transgender woman and has been featured as one of “Hollywood’s New Rising Talents” in Out Magazine. In 2015, she was crowned “Miss LA Pride” and “Queen USA.” Sahar was honored with an invitation to speak on the HIV/AIDS epidemic at The Ronald Reagan International Trade Center for the 57th Presidential Advisory Council and continues to contribute to the East Los Angeles Women's Center against domestic violence.