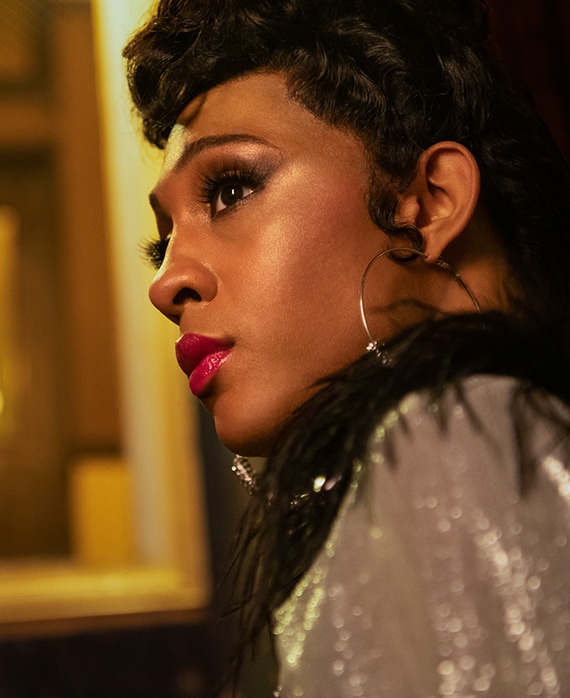 "Blanca Evangelista," played by Mj Rodriguez, is the former “Mother of the Year” and founder of the House of Evangelista, and faces new challenges as a hospice aide for the AIDS ward. Helping patients near the end of their lives forces Blanca to reevaluate her own life, striking a balance between motherhood, her career and a new love.

Born and raised in Newark, New Jersey, she made her Off-Broadway debut in New World Stages’ production of RENT as “Angel” before continuing onto New York City Center to star in the Encores! production of Runaways. In 2019, she starred as “Audrey” in the Pasadena Playhouse’s production of Little Shop of Horrors.

In 2018, Rodriguez made her Tribeca film debut starring in the indie film Saturday Church, a performance which garnered her a Tribeca Film Festival nomination for Best Actress.

Her other television credits include Nurse Jackie and Marvel’s Luke Cage.