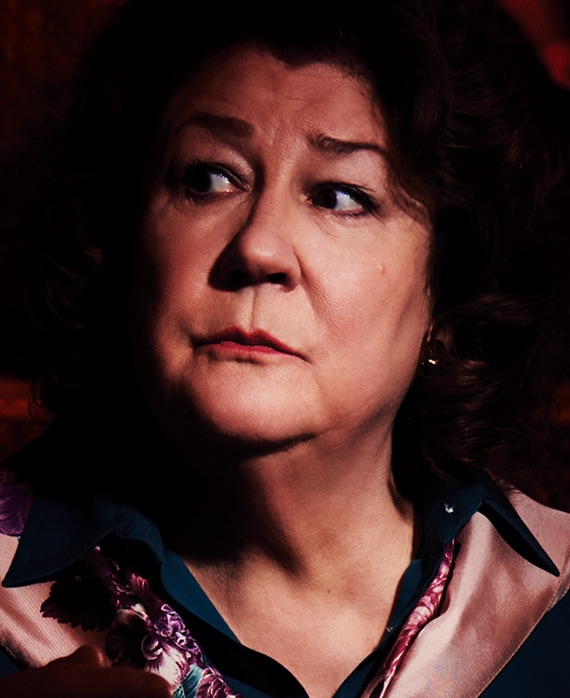 One of the Centre’s most trusted handlers, “Claudia,” played by Margo Martindale, presents a kind face but holds a steely resolve. Dangerous, cunning, and highly skilled, she nevertheless has a depth and humanity that’s grown over the years. She has a conflicted history with the Jennings, but she knows them inside and out – and is ever aware of the potential strategic value of their daughter, Paige.

Three-time Emmy® winner Margo Martindale is one of the world’s busiest and most acclaimed character actresses. She recently made Emmy history as being the first person to win “Outstanding Guest Actress in a Drama Series” two years in a row (2015 and 2016) for her role in The Americans. This is coming off an acclaimed major arc on CBS’s beloved final season of The Good Wife, where she won the 2016 Critics’ Choice Television Award for her role as "Willa Eastman," the cunning political strategist.

On the big-screen, Martindale recently starred opposite John Krasinski in the highly praised 2016 Sundance Film Festival entry The Hollars. She received many kudos at the festival and from film critics for her portrayal of a woman dying of a brain tumor whose estranged son returns to their hometown. She can also be seen in the film Downsizing, as well as Cars 3, Sophie And The Rising Sun, Wilson and Mother’s Day.

Martindale currently stars opposite Giovanni Ribisi in the Amazon series Sneaky Pete, in which she plays “Audrey,” the tough-as-nails matriarch of the family of which Pete cons into believing he’s part. Her performance garnered her a 2017 Critics Choice Award nomination for Best Supporting Actress in a Drama Series.

Martindale received the 2011 Emmy® Award for “Outstanding Supporting Actress in A Drama Series” for her tour de force performance as "Mags Bennett," the diabolical matriarch on the FX drama Justified. The role also earned her the Critics’ Choice Television Award for Supporting Actress in a Drama Series and a 2011 Television Critics Association Award nomination for Individual Achievement in Drama. USA Today described her performance as “smart, chilling, amusing, convincing and unfailingly entertaining.” The Huffington Post called it “the television performance of the year!”

Martindale was seen on the big-screen in Heaven Is For Real with Greg Kinnear, and in the film adaptation of Tracy Letts’ Pulitzer Prize-winning play August: Osage County alongside Meryl Streep and Julia Roberts. On television, she starred in the CBS comedy The Millers opposite Will Arnett and Beau Bridges.

A native of Jacksonville, Texas, she began on the New York stage originating the iconic role of "Truvy" in the first Broadway production of Steel Magnolias. She also received a Tony® nomination for her portrayal of "Big Mama" in the 2004 revival of Tennessee Williams’ Cat on a Hot Tin Roof.

Martindale resides in New York City with her husband, Bill. They are the parents of a daughter, Maggie.