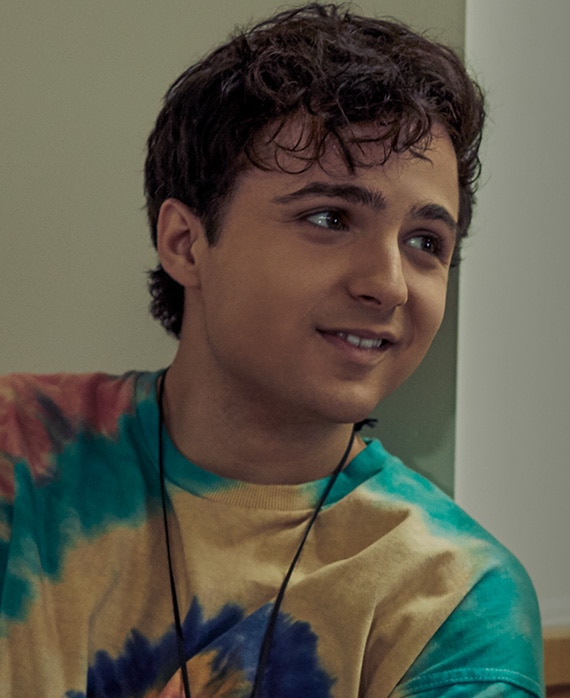 "Josh Smith," portrayed by Dylan Schmid, is another of Eric’s closest friends. Although a bit of a stoner who follows his own path, he is bright and will most likely make it into an Ivy League school.

Schmid’s performances have been described as “affirming,” “intense” and “precise.” Born in Victoria, British Columbia, Schmid showed these attributes from a young age. After being told by a friend that movies are not, in fact, real life, at the age of six Schmid begged his mother to submit him for an audition through a local newspaper. He was told by the casting executives that he didn’t have enough experience to book the part, so Schmid immersed himself in acting classes.

With an inherent and growing love for the art, Schmid officially began pursuing his dream of acting. His first break came when landing the role of young “Baelfire” opposite Robert Carlyle in ABC’s long-running hit series Once Upon a Time. Since then he has secured roles in FOX’s Fringe, Hub Network’s The Haunting Hour: The Series from R.L. Stine and Freeform’s Beyond. Most notably, he starred as a series regular for two seasons on Hulu’s Shut Eye and recently starred opposite Thomas Jane in Netflix’s adaptation of the Stephen King novella 1922. Schmid can currently be seen in a major arc on TNT's Snowpiercer, an adaptation of Oscar®-winner Bong Joon-ho’s 2013 hit film. Schmid also wrote, co-directed and will star in the short film The Loneliest Boy in the World.