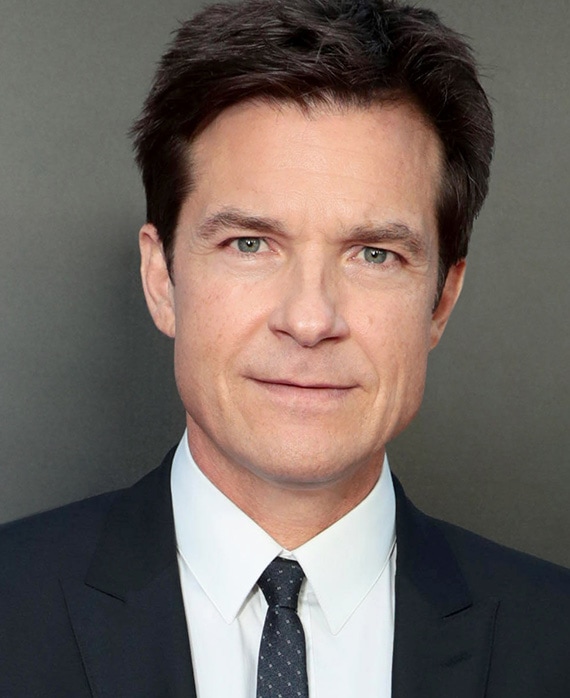 Jason Bateman is one of the most in-demand talents in Hollywood for his skill both in front of and behind the camera. Bateman earned a 2019 Emmy® Award for “Outstanding Directing for a Drama Series” for his work on Ozark. Additionally, he has been nominated for multiple Emmy, SAG® and Golden Globe® awards for his leading television roles in Ozark and Arrested Development, the former of which earned him the 2019 SAG Award for “Outstanding Performance by a Male Actor in a Drama Series” and the latter of which won him the Golden Globe for “Best Actor in a Comedy Series” in 2005.

In 2012, Bateman established the production banner Aggregate Films with a first-look partnership with Universal Pictures and Universal Television which extended through 2017. In 2018, Bateman partnered with producer and executive Michael Costigan and together they set Aggregate Films in a first-look deal with Netflix for both film and television.

Bateman currently executive produces, directs and stars, alongside Laura Linney and Julia Garner, in Netflix’s Ozark. The show is produced by Aggregate Films and MRC. He recently guest starred and served as the director in the first two episodes of the HBO series, The Outsider, which is based on the Stephen King best-selling novel of the same name. Additionally, he was an executive producer of the entire series under his production banner and MRC. Upcoming, Bateman will serve as an executive producer on the Netflix film, Your Place or Mine, produced by Hello Sunshine, Lean Machine and Aggregate Films. He gained critical acclaim for his role as “Michael Bluth” in FOX’s Arrested Development and reprised his role for its return on Netflix.

In 2014, Bateman starred in and made his directorial debut with Focus Feature’s Bad Words, which had its world premiere at the 2013 Toronto International Film Festival and its U.S. premiere at the 2014 SXSW Film Festival. In 2011, Bateman took on back-to-back leading roles in The Change-Up and the box office hit Horrible Bosses, which he reprised in the 2014 sequel Horrible Bosses 2.

In 2010, Bateman starred in the romantic comedy The Switch. He had a supporting role in the Golden Globe and Academy Award-nominated film Up in the Air. In 2009, Bateman headlined Extract, which he produced through his previous F+A Productions. In 2007, he had a pivotal role in Juno, which received best film nominations by most major film critics’ groups, as well as the Hollywood Foreign Press Association and Academy of Motion Picture Arts and Sciences.

His other film credits include Identity Thief, Couples Retreat, The Invention of Lying, State of Play, Hancock, The Break-Up, Dodgeball: A True Underdog Story, The Kingdom, Paul and Starsky & Hutch.