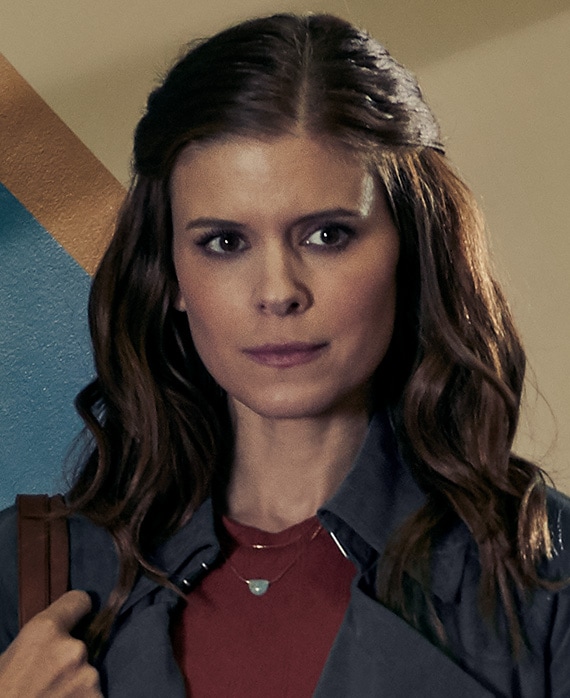 "Claire Wilson," portrayed by Kate Mara, is a passionate English teacher starting a new job at Westerbrook High School. Despite being married to her college sweetheart and living a comfortable suburban life, everything is upended when a bright student in one of her classes asks her to tutor him for the SATs.

Mara was born and raised in Bedford, New York. She began acting at age 14 in local theater projects. At 15, Mara made her feature film debut in Random Hearts for director Sydney Pollack.

Mara’s impressive list of film credits include Brokeback Mountain for director Ang Lee in which she portrayed Heath Ledger’s daughter, Transsiberian with Sir Ben Kingsley and Woody Harrelson for director Brad Anderson, We Are Marshall with Matthew McConaughey and Matthew Fox for director McG, Shooter with Mark Wahlberg for director Antoine Fuqua and Stone of Destiny with Charlie Cox for director Charles Martin Smith.

In 2015, Mara starred in three films. First audiences saw her as “Sue Storm” in 20th Century Fox’s Fantastic Four alongside Miles Teller and Michael B. Jordan. Then she starred in Captive alongside David Oyelowo, where she portrayed a single mother struggling with a meth addiction in the adaptation of the best-selling book An Unlikely Angel. Mara also starred in director Ridley Scott’s outer space action film The Martian alongside Matt Damon and Jessica Chastain. The film received seven Academy Award nominations.

In 2016, Mara starred in the sci-fi thriller Morgan for director Luke Scott which was released by 20th Century Fox and in the psychological thriller Man Down in which she portrayed “Natalie Drummer,” wife of war veteran “Gabriel Drummer,” played by Shia LaBeouf.

In 2017, Mara starred in Megan Leavey which is the true story of Marine Corporal Megan Leavey, who forms a powerful bond with an aggressive combat dog, Rex. While deployed in Iraq, the two complete more than 100 missions and save countless lives, until an IED explosion puts their faithfulness to the test. Common, Tom Felton and Edie Falco co-star.

Most recently, audiences saw her in John Curran’s thriller Chappaquiddick in which she played Mary Jo Kopechne alongside Jason Clarke and Ed Helms. Mara also produced and starred opposite Ellen Page in Tali Shalom-Ezer’s film My Days of Mercy. Both films premiered at the 2017 Toronto International Film Festival.

Mara received an Emmy® nomination for her role in David Fincher’s critically acclaimed television series House of Cards in which she co-starred alongside Kevin Spacey and Robin Wright.