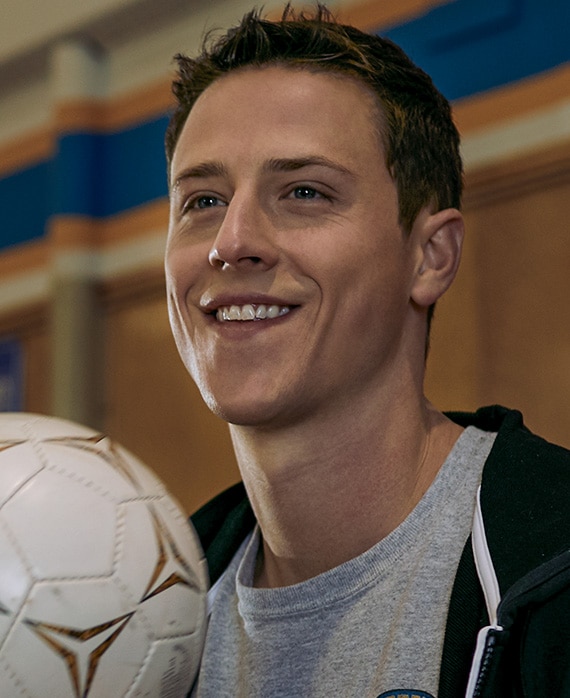 "Logan Davis," portrayed by Shane Harper, is one of Eric’s closest friends who comes from a wealthy family. He is your classic jock/bro teenager full of hormones and a desire to party, but deep down is a sensitive kid.

A Southern California native, Harper has established himself as a triple threat —singer, actor and dancer. He began working as a professional dancer when he was 13 before transitioning into acting with a recurring role on the hit Disney Channel comedy Good Luck Charlie. Shortly after, he secured a large recurring role on MTV’s hit comedy series Awkward.

In film, Harper got his start working with the legendary Rob Reiner in Flipped, before starring in God’s Not Dead which was the highest grossing independent movie of 2014. He also starred in the 1950's set indie drama Flock of Four which released to Netflix in 2017.