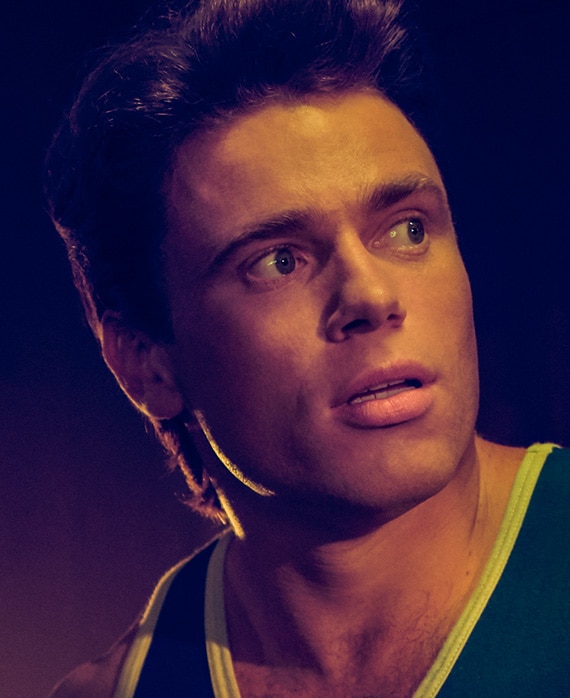 Kenworthy is the first openly gay Winter Olympic Silver medalist, five-time X Games medalist, eight-time world champion and is the best-known freeskier on the planet. Born in the United Kingdom and raised in Telluride, Colorado, Kenworthy began skiing before most children learn to read. Always the first to arrive to practice and the last to leave, Kenworthy’s natural talent and tenacity soon caught the attention of the ski community.

In October 2015, Kenworthy made history by coming out on the cover of ESPN Magazine. Kenworthy is the first and only action sports/X Games athlete to go public, is the first athlete to come out while being ranked #1 in the world and is the first gay athlete ESPN has ever had on its cover.

Kenworthy continues to break barriers on and off the slopes. He is the only athlete in the world to currently compete in Halfpipe, Slopestyle and Big Air events, making him the only skier who participates in every freeski discipline. He is part of one of three U.S. Olympic teams to ever sweep the podium, the first and only winter athlete to ever medal in all three disciplines in a single season (skiing or snowboarding), the only Winter Olympian to compete at an Olympics both closeted and out and was one of only two openly gay U.S. athletes to compete in PyeongChang in 2018. At the 2018 Winter Olympics, Kenworthy became the first person to have a same-sex kiss televised at a sporting event.

Kenworthy is an avid animal rights supporter. While competing at PyeongChang, he worked with Humane Society International to rescue 90 dogs from a dog meat farm in South Korea, and personally adopted a jindo/husky mix named Beemo, and later another puppy named Birdie. Kenworthy has been the recipient of the HRC Visibility Award and received honors from The Point Foundation for his advocacy work for LGBTQ youth. In June 2019, Kenworthy participated in the annual AIDS LifeCycle ride and raised more money than anyone in the organization’s 26-year history.

Kenworthy is also pursuing his lifelong passion for acting. He appeared as himself in The Real O'Neals and Sharknado 5. In March 2019, he made his indie festival debut at SXSW with Olympic Dreams, written and produced by Nick Kroll.