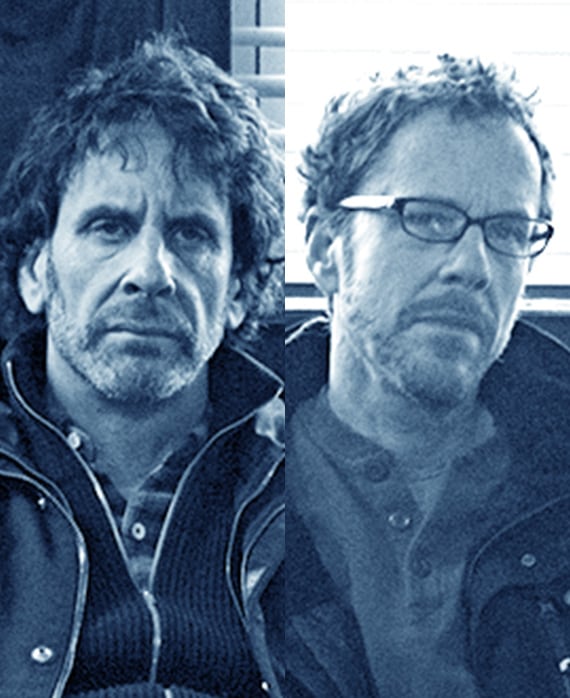 Joel and Ethan Coen have collaborated since their first film Blood Simple in 1984. Their films include Raising Arizona, Barton Fink, Fargo, The Big Lebowski, O Brother, Where Art Thou?, The Man Who Wasn't There, The Ladykillers, No Country for Old Men, Burn After Reading, A Serious Man, True Grit, Inside Llewyn Davis, Hail, Caesar! and The Ballad of Buster Scruggs.

They have been nominated for 14 Academy Awards® together, plus one individual nomination for both, winning “Best Original Screenplay” for Fargo and “Best Picture,” “Best Director” and “Best Adapted Screenplay” for No Country for Old Men. Palme d’or laureates in 1991 for Barton Fink, the Coen brothers are part of the Festival de Cannes history. They have presented nine of their films and taken home the most prestigious prizes including the Award for “Best Director” for Fargo in 1996 and The Man Who Wasn’t There in 2001 as well as the Grand Prix for Inside Llewyn Davis in 2013.