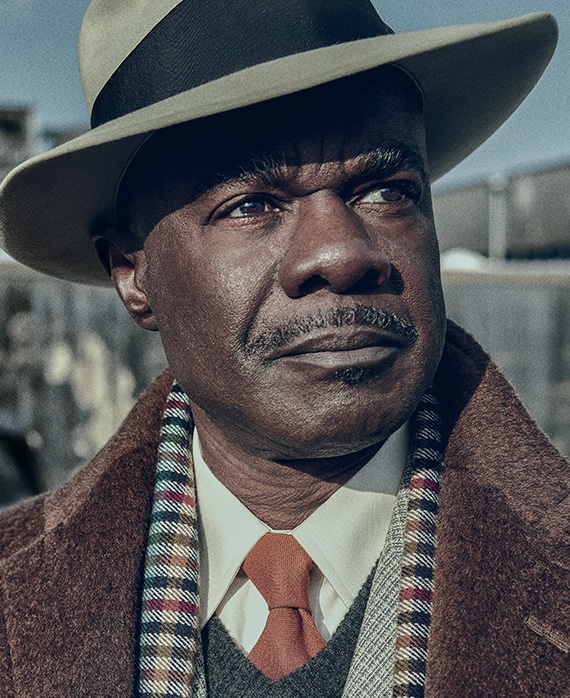 Loy’s closest friend and most trusted advisor, "Doctor Senator," portrayed by Glynn Turman, is The Cannon Limited’s second-in-command. A second-generation Missouri native, Doctor possesses degrees in both law and economics. He is a man who demands your respect, whether you’re willing to give it or not.

Emmy® Award-winning, New York City-born actor Glynn Turman enjoyed his first prominent acting role at age 13 on Broadway in A Raisin in the Sun opposite Sidney Poitier and Ruby Dee. Upon graduating from the renowned High School of Performing Arts in New York, he apprenticed in regional and repertory companies throughout the country until he settled in Los Angeles in the mid-1970s. Turman is also an award-winning stage and television director, helming episodes of Hangin’ with Mr. Cooper and The Wayans Bros., which he directed during his seasons of acting work on The Cosby Show spinoff A Different World.

In 2008, Turman scored his first Emmy win for “Outstanding Guest Actor” for the HBO series In Treatment and he earned his second Emmy nomination in the same category in 2019 on ABC’s How to Get Away with Murder. Turman won three NAACP Image Awards and a NAACP Lifetime Achievement Award for Theatre, the 2011 National Black Theater Festival’s Sidney Poitier Lifelong Achievement Award, the 2010 Pan African Film Festival Lifetime Achievement Award, the 2010 and 2013 LA Stage Ovation Awards for “Outstanding Lead Actor” for two August Wilson plays (Joe Turner’s Come and Gone and Two Trains Running) and in 2017, he was nominated for a third Ovation Award and a NAACP Theatre Image Award for “Outstanding Lead Actor” for Ma Rainey’s Black Bottom.

Turman’s career catapulted to new heights since his Emmy win in 2008. He starred in the final season of AT&T Audience Network’s Mr. Mercedes and has strong supporting roles in TNT’s Claws and in Netflix’s Marlon Wayans film Sextuplets. Additional credits include the upcoming Disney+ animated series The Proud Family: Louder and Prouder with Keke Palmer as well as the films The Way Back alongside Ben Affleck, Ma Rainey’s Black Bottom with Chadwick Boseman and Viola Davis and the independent feature Justine, which he also produced.

An accomplished horseman, Turman started competing in rodeo about 35 years ago and in 1999, he won the state's Regional Team Roping Finals and placed in the top five in the National U.S. Team Roping Champion Finals in Oklahoma City. In November 2011, Turman was inducted into the Western Heritage Multi-Cultural Museum's Hall of Fame in Fort Worth, Texas. Turman and his wife Jo-Ann currently own a ranch in Lake Hughes and in 1992, they co-founded a free, non-profit, western style summer camp program called “Camp Gid-D-Up” for inner-city and at-risk youth.