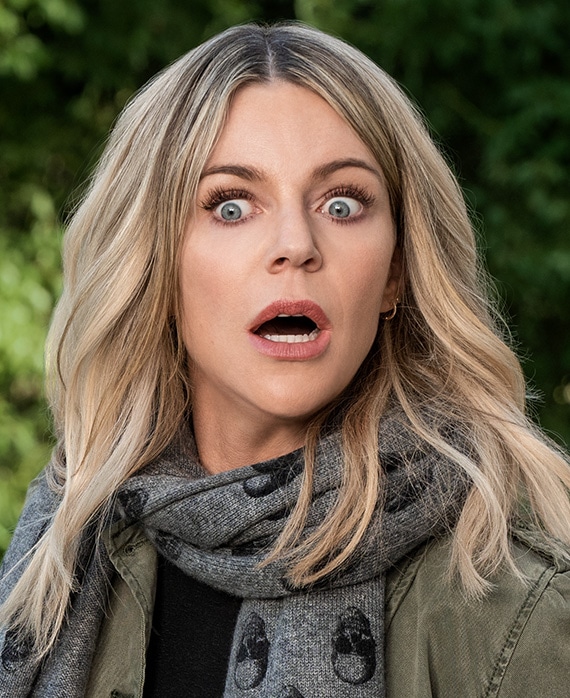 Kaitlin Olson is best known for her starring role on the critically-acclaimed FXX cult show It’s Always Sunny in Philadelphia. She can recently be seen in season one of Emmy®-winning HBO series Hacks which was picked up for a second season. She also executive produced and starred in two seasons of The Mick, which aired on FOX.

Olson has been praised for crafting unique and memorable characters that recur on several shows. On Curb Your Enthusiasm, she plays “Becky” the sister-in-law of “Larry.” On FX’s The Riches, she played the one-armed neighbor “Hartley Underwood” and for two seasons on The Drew Carey Show, Olson played “Traylor” the nemesis of “Mimi.” She also appeared as “Ashley” on New Girl.