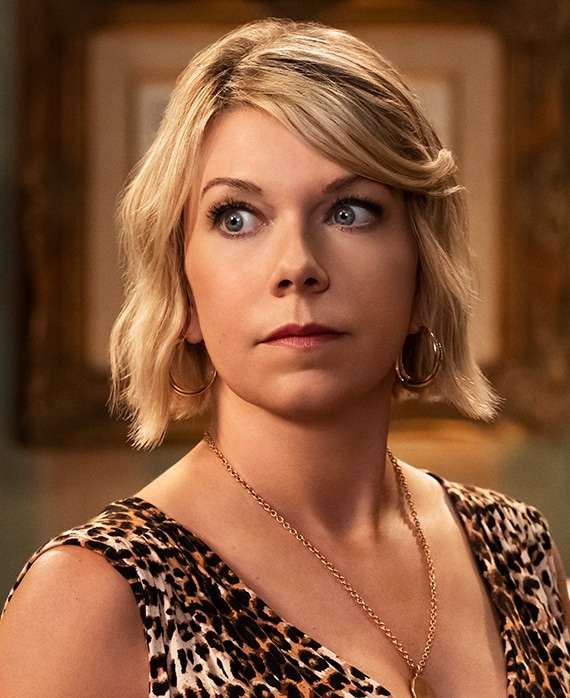 Hailing from Laurel, Missisippi, Mary Elizabeth Ellis is a writer/performer, known for her epic recurring role as “The Waitress” on FXX’s long running hit series It’s Always Sunny in Philadelphia. Other TV credits include the Netflix series Santa Clarita Diet opposite Drew Barrymore, AMC’s Lodge 49 opposite Wyatt Russell, FOX’s The Grinder opposite Fred Savage and Rob Lowe, FOX’s New Girl and ABC’s Happy Endings among others.

On the feature front, Ellis can next be seen in the Paul Thomas Anderson film Licorice Pizza, opposite Copper Hoﬀman and Alana Haim. Other feature credits are the Disney+ feature Godmothered with Jillian Bell and Isla Fischer, How it Ends with Zoe Lister Jones, which premiered at Sundance Film Festival, Masterminds in which she plays Owen Wilson’s wife “Michelle,” the indie The Last Time You Had Fun which premiered at the Los Angeles International Film Festival and The Free State of Jones opposite Matthew McConaughey.

Ellis co-wrote and starred in the indie film A Quiet Little Marriage. The film won The Grand Jury Prize at The Slamdance Film Festival as well as the Adult Swim special Mother May I Dance with Mary Jane’s Fist, which was an adaptation of a live show she created with Artemis Pebdani at The Upright Citizens Brigade Theatre.

One of her favorite projects to date was the stage play Trevor at Circle X Theatre with Jimmi Simpson and Laurie Metcalf, which returned her to her theater roots.